Until this past year, I was completely unaware of anti-adoption bloggers/online communities. It makes sense I suppose… after all, there does seem to be an internet group/blog/forum for just about everything under the sun.

I stumbled upon one not long after discovering a letter from my biological mother. The letter itself was impersonal. My best friend, M, and I spent what seemed like hours trying to analyze it, gain some hidden clue we were certain we’d missed. And then we turned to Google.

At first, some of the stories tugged at my heart. I could feel the pain in the words of these adult women, many the age of Mummy, who had children they never knew. Yet the more I read, the more I began to question them, my parents, even myself. Was I in what they called, ‘the adoption fog’? Had I been lied to so continually that there were deep wounds within my soul for having never known N?

Like any great train wreck, I wasn’t turning away.

More recently I found my way back to a forum which will remain unnamed so as not to drive traffic to their site, as well as the simple fact that I do not fit in their community. Their pain may be real, they are living with adoption every day, however, we have seemingly little in common.

In any case, courts recently heard arguments in the case of Melanie and Matt Capobianco in their fight for their daughter Veronica. Veronica’s biological father is a member of Cherokee Nation, while her biological mother is white. Her biological mother opted to place Veronica for adoption and selected Matt and Melanie to be her parents. After months of back and forth, including the removal of Veronica from her parents and ultimately courts ruling her return months later, there has been plenty of debate on this case. I have no intention of rehashing it here. 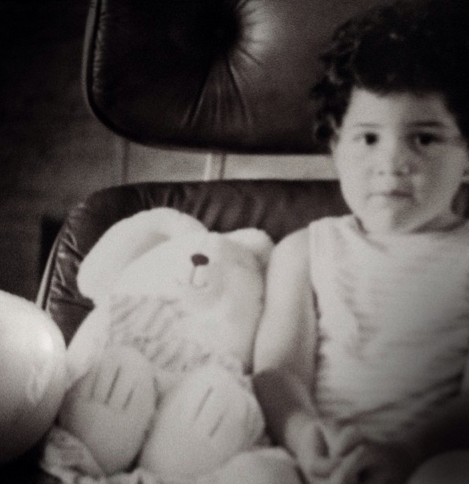 That picture above is me, taken around age 4. So here’s the thing: what I feel strongly about… the one thing I’ve never been able to ignore…

If you are a parent, won’t you presumably do anything to fight for your child? If you raised and loved your child from day one, isn’t it your job to protect them? Love them. Do what you feel is right?

We can argue right from wrong until we pass out, but as an adopted child, I can only hope that my parents —not my ‘adoptive’ parents, not my ‘adopters’, my very fucking real PARENTS— would have fought so hard for me should anything that traumatic happened during my own adoption. Isn’t this what you do for your child? Defend? Fight? Battle? …By all means necessary?

The line is that adopted children are no different. If you believe this to be the case, why, how could you expect these parents would do any less than fight for their little girl?